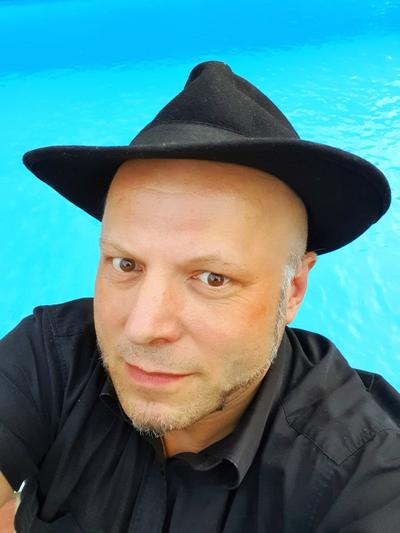 Co-founder, Digitalgrid
At the age of 17 Bruno developed his first computer game - 1984 on a Commodore 64, and with this game he gained “Die goldene Diskette”, a price awarded by CHIP computer magazine. 5 years later he founded one of the first German alternative music label which showed six-figured sales output of sound carriers within only a few years. Again 5 years later and with his own band he went on a first tour across the USA, Russia and Asia. In the mid-90s he participated in founding the first private internet provider in Upper Franconia/Germany called Spektracom. As proficient expert for copyright in the digital age he not only supported the Piratenpartei as consultant but also officiated as regional/state party leader in Berlin, political chairperson in Bavaria and candidate for the European and Bundestag elections. In radio and tv broadcasting he took part in numerous discussions about reforming copyrights, among them 3sat Kulturzeit, ZDF login, ARD Morgenmagazin, Sat1 (1 gegen 1), Zuendfunk, DLR, arte and many more. He performed speeches at events like re:publica, Berlin Music Days, Leipziger Buchmesse, DJV conference (German Journalists Association), Google Collaboratory, Wikimedia Foundation and published as columnist for Frankfurter Allgemeine Zeitung FAZ (2012 - 2013). As participant and debater he took part in the TTIP Stakeholder Meetings in Washington and criticized the inadequate integration of digital consumer protection into the free trade agreement. As specialist for copyright, collecting societies and artists’ rights in the digital age he successfully filed a lawsuit through all judiciary instances against the GEMA (Gesellschaft für musikalische Aufführungs- und mechanische Vervielfältigungsrechte) license share to publishers which are entitled to the authors only. Bruno Kramm supported countless young bands and musicians in developing their individual marketing strategies and helped with words and deeds in founding several successful record companies and music magazines. He works as beta-tester for various synthesizer manufacturers and thus assists in developing new synthesis concepts. Regarding digitalgrid he is especially focused on the cultural and social implications caused by machine learning, artificial intelligence and the comprehensive automation and digitization of our society.
Sessions